You are here: Home / Archives for Venice

A few decades ago, Palmer Ranch and Lakewood Ranch began to set the high standards of living that master-planned developments are known for in Southwest Florida. Wellen Park, the residential project formerly known as the West Villages, aims to improve upon those standards with neighborhoods such as Wysteria, a Neal Communities project located in the […]

Each time the Sarasota County housing market heats up through fast value appreciation, smart home buyers look for better opportunities located in the eastern and southern regions. At Wellen Park, the master-planned development formerly known as the West Villages of Venice and North Port, you can find new and spacious homes loaded with extras at […]

Along with Lakewood Ranch, Wellen Park consistently ranks in the top 20 list of master-planned developments with the highest quality of life in the United States, and this has a lot to do with new communities such as Sunstone, a special project designed by renowned Canadian home builder Mattamy. Sunstone at Wellen Park in Venice […]

In December 2021, real estate analytics firm Redfin published its annual list of America’s Hottest Neighborhoods, and quite a few in the top ten were in Sarasota County, including Venice and Nokomis. Magnolia Park in Venice happens to be located right between these two southern Sarasota towns, and it has a lot to offer in […]

Venice has always been considered a prime retirement spot for people who really want to enjoy their golden years. In addition to the beach, golf courses, attractions, and year-round sunshine, Venice is also home to many communities that have been specifically developed with senior citizens in mind. Such is the case of Panacea in Venice, […]

With all the new residential projects under development around Sarasota County, prospective home buyers have a lot to choose from, and they are bound to find very enticing deals when they set their sights on Venice. If you are not up-to-date on the status of the Venice housing market, here’s something you should know: Median […]

The development of a new boating community in Sarasota County is always good news for home buyers and the local real estate market. Porto Vista, a new condominium project currently under construction in Venice, is generating a lot of excitement among anglers and boating enthusiasts whose idea of a dream home includes docking space with […]

Unlike other housing markets in Sarasota County, Venice does not have too many high-rise condominium towers. In fact, there are not even that many mid-rise condos, and this is despite having miles of white sandy beaches where higher structures can provide gorgeous views of the Gulf of Mexico. Che Vista in Venice is a nice […]

Since 1970, Neal Communities has been developing some of the most acclaimed neighborhoods in Southwest Florida. Cielo in Venice is one of various Neal Communities’ projects currently under construction near Nokomis, and it is one of the most attractive for home buyers who are in search of quality of life as well as sound property […]

Watercrest in Venice is a carefully planned residential development of 423 homes located near the intersection between Jacaranda Boulevard and I-75. The developer of this gated community is one of the key investors in the Wellen Park project between Venice and North Port, which you may also known as the West Villages. If you are […]

Naming gated communities after Italian cities in the Veneto region is a tradition among home builders that operate in Venice, and this largely follows the inspiration of Frank Higel, a businessman who founded Venice and named it after the legendary city along the Adriatic coast of Italy. Architectural styles from the Veneto region can be […]

The Woodmere district of Venice is named after an area of Long Island, New York, where Louise Glück, the 2020 Nobel Prize in Literature, was born and raised. Interestingly, the streets of the Woodmere Lakes in Venice are named after literary giants such as Wordsworth, Hemingway, and Tennyson. When you move into Woodmere Lakes you […]

Venice does not have as many waterfront living opportunities as home buyers would like; in fact, only the Venice Island section offers this feature. There are only a few beachfront neighborhoods because most of the shoreline is protected. A similar situation occurs on the Intracoastal Waterway side of the island, which is where many parks, […]

There are three ways to drive into the Historic Downtown Venice district and to its gorgeous beaches. From Nokomis, you drive south on the Tamiami Trail; from the east, you cut across the Venice Avenue bridge; from the south you drive across the US 41 bypass road, which is also a bridge. The reason such […]

Located near the South Venice district, Venice Gardens is an established subdivision where families, single professionals, and retirees can truly enjoy a suburban lifestyle. Development of this subdivision dates back to the 1950s; it was part of an effort to attract veterans returning home from World War II, and it was also meant to give […]

Located in the Woodmere district between Manasota and South Venice, Ventura Village is a gated community near Gulf View Estates. This neighborhood, which was developed by Kimball Hill Homes around 2006, is surrounded by nature preserves and lakes. The paired villas and single-family residences of Ventura Village offer great opportunities for home buyers interested in […]

Compared to Longboat Key and other coastal areas of Sarasota County, there really aren’t too many beachfront properties in Venice, and this is part of the planning goals of the city. As an effort to keep attracting visitors and seasonal residents, city planners want to give them as much beach acreage as possible; nonetheless, there […]

Venice is more than just sandy beaches, gated communities, and the Historic Downtown District; this coastal Florida city is also dotted with a few established subdivisions that emerged in the late 1960s as a result of a construction boom that sought to avoid pigeonholing Venice as just another destination for tourists. Located east of Jacaranda […]

If you are familiar with the history of Sarasota County, you probably know that the late circus mogul John Ringling had a vision of transforming this part of Florida into a place resembling the Mediterranean and Adriatic coasts of Italy. Frank Higel, an early developer of Venice, had an intent similar to Ringling’s because he […]

When looking for a new home in Venice, consider the area between the Venice Gardens and Plantation districts; this is where you will find the East Village Community, a large residential development originally developed in the late 1980s. Quail Lake is located on the western end of this community, and it offers updated Florida ranch-style […] 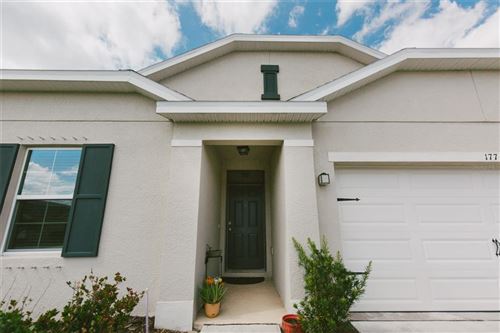 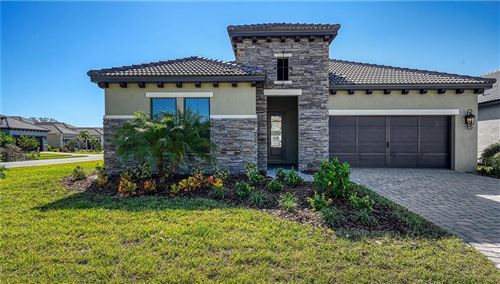 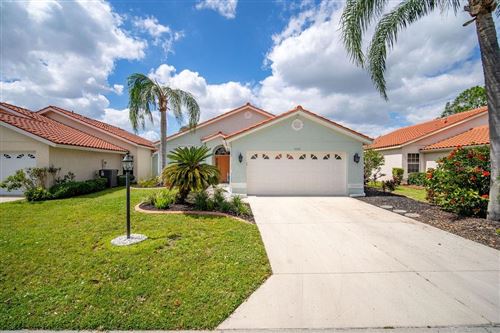 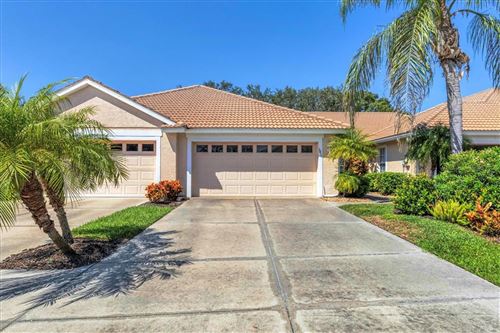 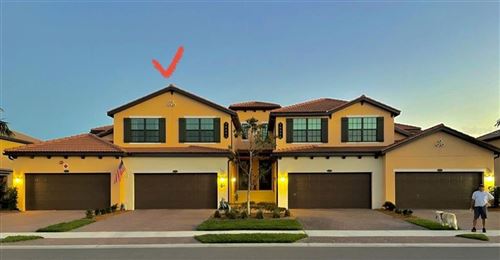 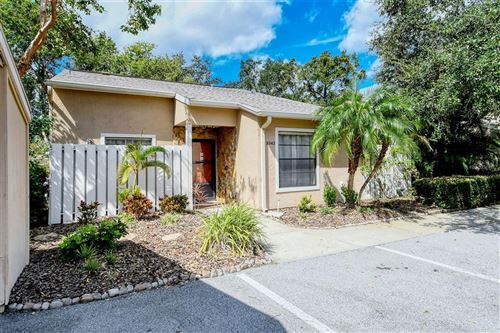 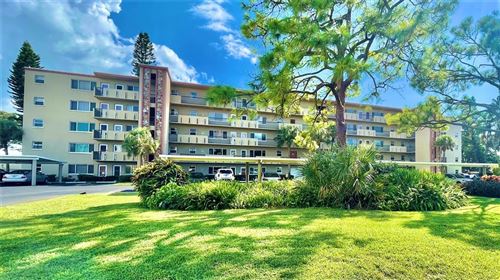 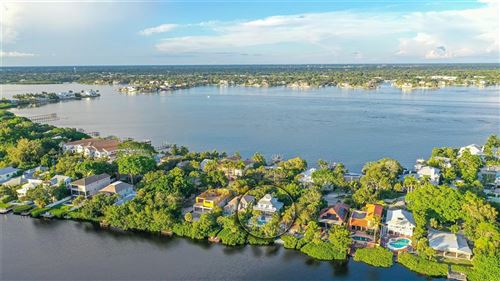 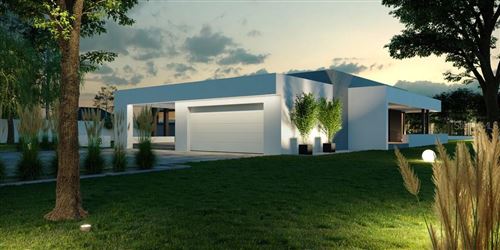 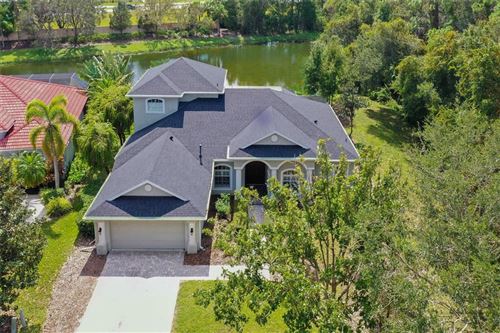